English championship side, Burnley Football Club are set to land the English player from Tottenham Hotspurs. Burnley remain keen on the Spurs defender deal according to reports making the rounds. 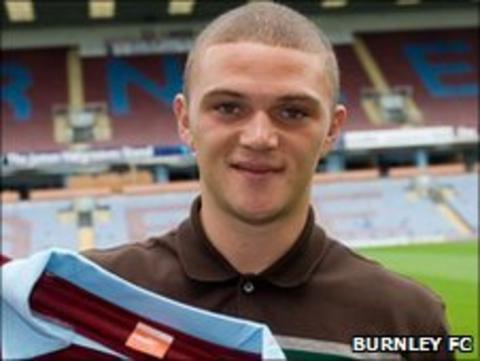 The club also look set to reignite their interest in Spurs’ US international right-back DeAndre Yedlin after failing to land him last year.

The Turf Moor club tried to broker a loan deal for Yedlin as part of Kieran Trippier’s transfer to White Hart Lane last June, but saw the ex-Seattle Sounders star head to Sunderland on a season-long agreement instead. The Clarets have been back on the trail of the 22-year-old defender in recent weeks as Sean Dyche sizes up options to strengthen his rearguard for a return to the Premier League.

Yedlin has made 20 starts on loan at Sunderland with 19 of those coming under manager Sam Allardyce, who may want to keep him on. The World Cup star will have hoped to have done enough to force his way into the Spurs reckoning for next season, but faces tough competition from Trippier and Kyle Walker for the right-back slot.

Kieran Trippier eventually move to Burnley has he has not enjoyed favour from current coach of the Lily whites. With Spurs in second place in the Premier League this season and set to play in the UEFA Champions League next season, they would make a lot of reinforcements that might mean Kieran Trippier would have lesser chances if he remains at the club at all.

The 25-year old player has only started in five games of 37 matches in the Premier League this season. The right back might eventually consider the move to Burnley as he would have better chances of playing there than at Tottenham. He played last for Burnley before moving to spurs this season.

Previous Post: RAFAEL DA SILVA NOT IN THE SQUAD FOR LYON
Next Post: The Impact On Kyle Due To Trippier’s Arrival