Joey Barton was clearly the man of the match vote following Burnley’s win against defending Premier League side Leicester last week and he’s repeated that in last Saturday’s 2-1 defeat at Watford. 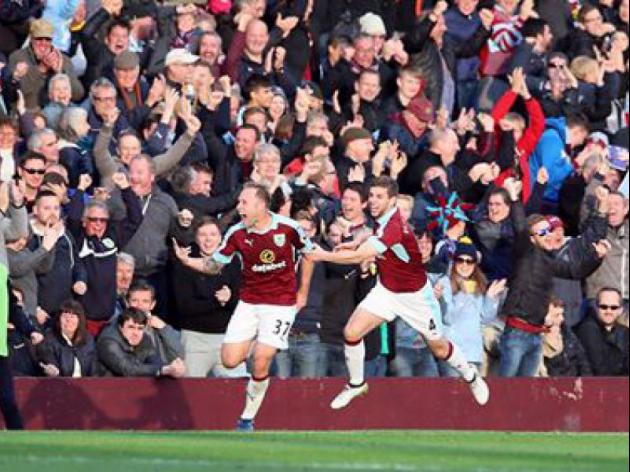 With the Clarets down to ten men in only the sixth minute of the game, Barton was certainly a huge influence in the midfield, none more so than in the first half when we were struggling to get any sort of foothold in the game.

Joey Barton is up and ready to take on the Blues of Chelsea at Turf Moor on Sunday in the live televised clash with Antonio Conte’s runaway Premier League leaders.

Burnley fans’ cult hero Barton has recently refused to be drawn into discussing his miserable time and relative failure at Ibrox but instead, let’s his performances for the Clarets do the talking to help banish the Blues he suffered whilst with Glasgow Rangers.

Recent comments published in the Daily Star, reveal Barton reflecting on his short time with Mark Warburton at Ibrox, “It’s not something I’m going to do today, in two months, in 10 months or in two years. I’m focused on Burnley. I’ve got N’Golo Kante and Chelsea on Sunday afternoon.”

Chelsea’s Eden Hazard is currently setting the Premier League on fire with his amazing performances. The individual goal he scored against Wenger’s Gunners on Sunday must rank as one of the best Premier League goals of all time. Hazard took on the Arsenal defence from the half way line and following a mazy dribble, coolly slotted the winner into the corner of the Arsenal goal.

Promisingly for Burnley right back Matt Lowton, Hazard suffered a minor calf injury during the Arsenal encounter and Chelsea boss Conte may decide not to risk aggravating the minor injury to his Belgian superstar.

Sean Dyche will be without a whole host of players through injury and suspension but will still be hoping Burnley can bounce back from another away defeat at Watford.

Previous Post: TRIPPIER WOULD BE PERFECT FOR WEST HAM
Next Post: Sean Dyche denies any pressure on him